Have you ever attended an interview and got rejected?

The experience of getting rejected from an interview is not uncommon. I have attended a lot of interviews and frankly speaking, I didn’t make it through the first few interviews.

After those initial rejections, I revaluated myself and eventually came to realize my mistakes. A huge chunk of those mistakes were the common ones that most beginners make.

I was able to outline some things that you should never say in an interview if you actually wish to get in.

Defining all of them took me a while, and unfortunately, I had to learn it the hard way.

As you’re my reader, I don’t want you to waste your time and energy on rediscovering the same results. So in this article, we are going to take a look at the things you should never say in a job interview.

Let’s get on with it right away!

Things to Never Say in An Interview

Here are the six things you should never say in an interview:

One of the most common mistakes a majority of people make is that they focus too much on themselves, rather than the company they are choosing to work for.

They listen, talk, and are more concerned about how the company can help them. Most people forget to mention how they can contribute to the company.

Don’t be that guy!

The recruiters are looking to find someone who is willing to work for them with a dedicated mindset, not for someone who cares only about their own personal profits alone.

If you ever get a question asking you about your previous job and company, never say that they were bad.

You can ensure yourself a ticket to straight rejection if you talk bad about your past job, no matter how awful it actually might be. This is one of the worst things to never say in an interview.

Maybe you don’t like the environment, or your coworkers or the boss might have been too harsh on you, but when you get such a question, your answer should be something like,

“Yes, I liked working for my boss/ my company, and I liked the people, their culture, and workspace. It’s a shame that I had to leave them. But I’m looking for greater opportunities and responsibilities.”

Say something similar to what I wrote above because if you didn’t like where you worked before, then later in time, you’ll be a position where you won’t be liking the job you’d be getting now.

Learn more on how to respond to such a question here.

At that point in time, you’ll be saying the exact same thing about your current company. The interviewers know of this human nature and can identify if you’re a worthy candidate or not with this answer.

A lot of candidates are so much desperate for a job that they’ll burst in and say, “I’ll do anything.”

Maybe you might not have landed a job even if you are overqualified, maybe things aren’t going that well financially, whatever it is, you shouldn’t come across as desperate. Because if you do, recruiters won’t be interested in hiring you anymore.

Job recruiters should feel that they are lucky to hire you. If you say to them that you will do any job, it won’t be a good impression.

You should hold on to your values and be specific about your job because if you don’t, you will burn out by the kind of jobs you get.

Don’t make bold claims saying that you’re a quick learner or are result-oriented, etc. Chances are that your interviewer may not believe them.

Instead, tell them a previous instance where you used the qualities that you believe you have in yourself.

Put your values into a context that makes sense for the interviewer and believes that you’re worth it.

Talk about the projects you have completed on time, under budget, and about the little details involved. If you are result-oriented, your leadership will come out in the context that you mentioned.

Does that make sense?

So go ahead and tell them how you did things and not how you would do it.

When the interviewer asks you a question like “Do you know how to do this?” the worst possible answer is “I Don’t Know” even if it is the truth.

What you do want to do instead is to connect your answer with something similar to that you have done before or have had the experience of working on.

“I haven’t done exactly that, but I have worked on something similar in the past (Explain more). “

An answer like that would show that you at least have some level of understanding about what they are talking on.

If they think that you have no idea of the subject they are talking about, it would be a big red flag for you. They might most likely be a competitive question.

Competitive questions are the most weighted questions in an interview. If you don’t know the answer to such a question, it means you’re not suited for the job. So be wise and don’t say you don’t know.

Asking questions to your interviewer is a good thing but asking them what the company does or how they make money is a bad idea.

Asking such a question shows that you did absolutely no research, no preparation on this company, and clearly sends a signal that you are not excited about this job.

You should know about the company, what they do, how they do it, and about the position that you are applying for.

If you’re looking to get the conversation going, ask them about the specifics of what you need to know. But just don’t go blind in there saying, “Well, what do you guys do around here?“

That would be a huge mistake as it shows that you put no preparation into the interview.

There are so many hungry job seekers out there who are sharp and they’re going to know what the company does and needs. They are going to relate their experiences to the company’s needs, and that’ll give them an edge over you.

So, take that extra step and gather as much information as you can about the company and position. Having that information can also help you ask them questions that will qualify the job and prove to you if it is something that you really want to do.

Here is a useful video that discusses some things to never say in an interview:

That concludes our list of the 5 things to never say in an interview. Before you go to your next interview, make sure that you take a look at this post or better yet, bookmark this page so that you’ll never forget it.

Know someone who is going for an interview? Share this post with them, so that they won’t make these common mistakes.

Good luck with your next interview! 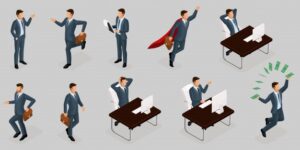 6 Absolutely Vital Roles In A Startup (And Their Importance) 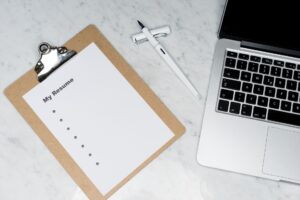