“Why is it that some startups go on to give the richest man in the world, while others bite the dust?”

There may be a plethora of reasons as to why this happens.

Before beginning a startup, it is important to think through every circumstance and consequence that may come with its inception. Starting a business is not something that one should rush into. To put it in a better way, it is a commitment that requires a lot of determination, patience, and the ability to take risks.

Let us run you over 4 sole reasons why startups fail.

A common cause for a startup failure can be attributed to poor coordination and cooperation among its members.

As a startup founder, it is essential to be able to strike a balance between not being too authoritarian and too liberal.

Profit is the remuneration to the entrepreneur for his/her contribution to the production of goods and services. The profit earned by an enterprise is used for three purposes:

Sometimes, startups fail to keep adequate retained earnings due to which they eventually fall short of money. As essential as it is to generate profit, it is even more essential to save some of it.

Not Having A Target Audience

A startup will fail if it doesn’t adhere to a specific set of audiences.

When startups are not able to identify their target market and go haywire over whatever they produce, they fail. If the target audience is “everyone”, then it means it is no one. Making products or producing services for ” everyone” hampers the credibility of the services provided by the company because the products and services do not reach the people who actually want or need them. As a result, the value of what the company produces decreases, eventually affecting the company’s chances of generating revenue.

In order for a startup to be known, it is important to have an efficient PR team to build the organization’s image and minimize the effect of negative publicity.

For the most part, the reason why startups fail is that they aren’t able to generate a powerful image of their company. They also fail to maintain a beneficial relationship between the public and the organization. Thus, while beginning a startup it is necessary to invest in the formation of a structured PR team.

One of the main reasons why startups fail is because of rigorous competition.

A prime example of a startup which failed due to immense competition could be, Dial-A-Celeb. Dial-A-Celeb was a momentary yet exciting concept founded in 2016 by Gaurav Chopra and Ranjan Agarwal. Along with video chats with actors and celebs, the platform also allowed customers to get autographed items such as toys and diaries from celebrities. However, the startup died down within a year.

Dial-A-Celeb was outperformed by apps personally designed by celebrities to interact with fans. As a result, it had to close its doors in 2017. Thus, it is always important to know your competitors and analyse their strengths and weaknesses.

“Too much of everything is bad.”

We have all heard this saying, haven’t we?

Well, a lot of startups fail because the founders become excessively greedy as a result of which they take help of illegal ways to pursue their desires.

Examples of one such startup which did amazingly well in the beginning, but eventually succumbed to greed and fraudulent behaviour is Vijay Mallya’s Kingfisher Airlines by United Breweries Group, Bangalore. The airline had shut down its operations on 20 October 2012 when the DGCA suspended its flying license.

This was Upfoundr’s understanding of why startups fail. Hope this article gave you some transparency.

Related posts: How To Validate Your Startup Idea In 6 Straightforward Steps

What exactly is a startup?

A startup is a young company started by one or more entrepreneurs to develop a unique product or service for the market.

What are the best books that a startup owner must-read?

The First 90 Days by Michael D Watkins, Funding Your Startup: And Other Nightmares by Dhruv Nath and Sushanto Mitra 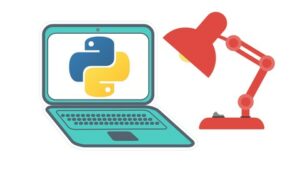