In a way, failures are a part of success. People confuse failures as an end. However, they are actually the beginning of something great.

Failures present you with opportunities and make you learn from your mistakes. You can either choose to give up or embrace the lessons learned from those failures and make sure that you never commit those mistakes again.

Everyone has failed at some point in their life, but the successful ones are those who persevered. This article is about some of the famous failures to success stories that can motivate you to carry on.

Oprah was born to an impoverished mother and was abused by her own cousin, uncle, and a family friend at the age of 9. She ran off from her home while she was 13, and a year later became pregnant, only to lose her first child.

During her college days, she worked hard, outperformed others in speech and debate, landed her first job in Nashville station.

However, she was kind-hearted and emotional that in 2011, Oprah’s first boss told her that she was not suited for mainstream media. In one instance, she was so affected by one family’s situation losing their belongings in a fire that she decided to donate her blankets and supplies to them.

We all know Bill Gates as the founder of Microsoft, and as one of the richest billionaires in the world. But are you aware of the names of the companies that he started before he gained momentum with Microsoft?

Gates and Allen started their first company, ‘Traf-O-Data‘ when Gates was still in 8th grade. The company developed a computer system to help count traffic.

But the company had to be stopped as it bagged more losses than profits. Gates partner Paul Allen said, “Traf-O-Data was a good idea with a flawed business model. It hadn’t occurred to us to do any market research, and we had no idea how hard it would be to get capital commitments from municipalities. Between 1974 and 1980, Traf-O-Data totaled net losses of $3,494. We closed shop shortly thereafter.”

He could have stopped with this failure and never get near starting a venture again, but he didn’t.

Today, Bill Gates is one of the richest self-made billionaires in the world and one among the most inspiring failures to success stories.

Who hasn’t watched Mr Bean at least once in their lives? Rowan Atkinson is famous for multiple characters, Mr Bean being one among them.

Rowan Atkinson was born in a middle-class family, and his father was a farmer. He always wanted to pursue acting as his career choice. He went to Oxford University, where he searched for opportunities to act.

He had difficulties in speaking, and his speech disorder caused many TV shows to reject him. Having faced so many rejections, he still chose not to give up hope.

Later, he decided to start his own show named ‘Mr Bean’, which became a global success. He was able to make people laugh just through his expressions and without uttering a single word.

Despite various ups and downs, he continued working consistently, and that is what made him successful. If you ever feel like giving up, remember one of the most motivating failures to success stories of Rowan Atkinson.

Success doesn’t come easy, life tests you in different ways, and if you keep hustling past all those tests, you’re destined to win.

Jack Ma is the co-founder of the Alibaba Group, a multinational tech company, and is one of the most powerful people globally, with Forbes ranking him number 1 on its “World’s Most Powerful People List” in 2019.

Jack Ma faced various failures in his life that shaped him to the man he is today. When KFC first came to China, 24 people were interviewed for the position of a waiter, 23 of them were selected, and the only person who wasn’t was Jack Ma.

His application was rejected 10 times from Harvard University. Jack Ma was rejected from 30 jobs and remained positive.

He is also weak at math and he scored less than 1 percent of people who took the college entrance. What’s more amusing is that he is working for a tech company.

Despite all these failure Jack Ma became a huge success. If he can do it, what is stopping you?

According to the Bloomberg Billionaires Index 2021, Elon Musk is the richest man in the world. He is the founder of numerous revolutionary companies, namely, PayPal, SpaceX, Tesla, Neuralink, The Boring Company, OpenAI, etc.

People are well aware of who he is and what he accomplished. But are you aware of the failures he had to go through before reaching this position?

Elon applied to numerous tech companies when he started and was rejected. His first venture of an online business directory called Zip2 struggled to gain investments, and he had to live on-premises to cut down expenses before getting success with the company.

PayPal was initially voted as the worst business concept of the year. Elon had to adapt his idea and later gave it a new face to progress with the company.

Most experts never believed that electric cars would be the future cars and concluded that it was not worth investing in Tesla. Well, they were wrong.

After three failed attempts to land rockets, people started believing that SpaceX was never going to survive. Look how that turned out.

Elon has proved to the world that no matter what others say, anything is possible as long as you believe in yourself.

What You Can Learn From These Stories

You will definitely face failures once you start stepping out of your comfort zones and working on your ideas.

Failures are the Universe’s way of teaching you, improving you, and making you a better person. You can deal with it in two ways. Either curse life for not making it fair and give up or choose to continue persisting on your dreams and thanking life for allowing you to adapt.

Most people choose the former way, and that’s why most people are yet to be successful. However, some people decide to make the hard choice and choose the latter, and those are the ones that create history!

So, who do you want to be a part of? The former? Or the latter?

Let me know in the comments. 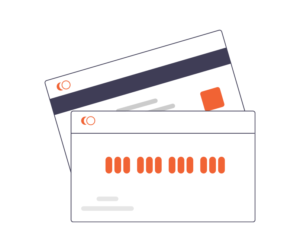